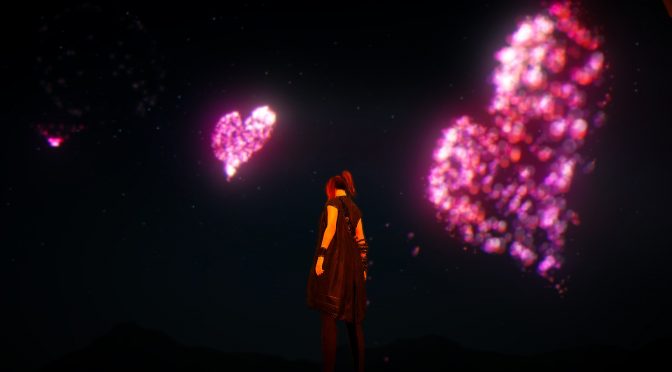 Last night at midnight, Black Desert Online celebrated Valentine’s Day with fireworks over the cities. As luck would have it, I was scaling Library Tower of the Holy College in Calpheon at that time for a quest. The view was impressive.

I gave my piece of chocolate to Lara as she was the only event NPC I recognized other than Valks, and I really don’t like Valks. Lara is an orphan and cheerfully sells potions in Heidel, so I thought she was most deserving of the chocolate. The gift giving is actually some sort of popularity contest. At the conclusion of the event, if you gave chocolate to one of the four most popular NPCs, you get a chance to win valuable prizes, or something. Honestly, I’m just interested in the participation prize. I would rather grind mobs than make candy bars, but it’s cool Black Desert Online has the Valentine’s Day event, and I hope developer Pearl Abyss continues to do the themed firework shows for other holidays throughout the year. 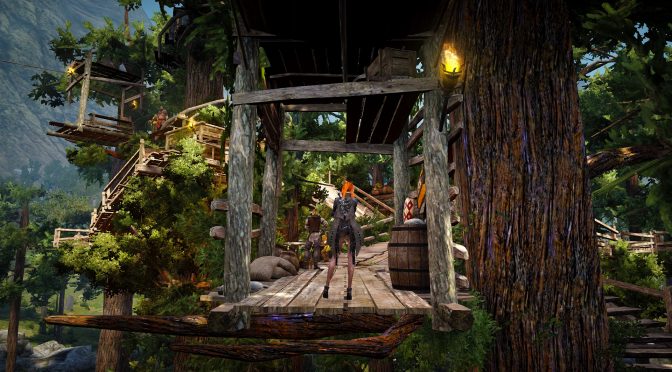 Just when I thought Black Desert Online couldn’t wow me any more, I discovered Longleaf Tree Sentry Post. It’s an interconnected Elven outpost built in the trees above the Cyclops infested area of southwestern Calphaon. The Ewok Village Action Playset from Kenner was one of my favorites as a kid, and the Longleaf Tree Sentry Post made me feel as if I was in a functioning village built into the trees. The variety of locales in Black Desert Online is astounding. Making me feel as if I was a kid again with my Return of the Jedi toys = priceless.

However, leveling slows down greatly after hitting 50, and I’m starting to see how important Amity — Black Desert Online‘s take on Reputation — is for advancing in this game. A quest from Keplan has sent me to Herman Feresio in Calpheon for completion, but he refuses to talk to me until I build 500 Amity each with Valks and Theophil Batian. Valks is a dick, and Theophil Batian is only interested in Theology which I currently have incomplete Knowledge of at 4/9. So there’s much still to be done. This quest seems to set up the Mediah quest chain, so it seems to be something worth working towards storywise.

Conversations require Energy, and as I had temporarily exhausted mine trying to pique Valk’s interest, I decided to head out and quest west of the city. Many Catfishmen died in these quests. After slaughtering 300 of them, I got the title “Fish Hater” before being sent to kill 300 more.

Wiping out an entire colony of sentient fish gets old after awhile, so I decided to head further west to finally see what Port Epheria is all about. Since I did all the Keplan quests, I fortunately have Knowledge of everything Philaberto Falasi has interest in. He’s the Goblin guy that sets up the quest chain for the recently released Margoria expansion. Currently, I have my Ranger alt working on building Amity with him as I continue to level my Sorcerer.

I’m not exactly happy with the grind that kicks in at level 50 in Black Desert Online, but the game world continues to amaze me. There’s no quitting just yet when there’s so much still left to explore.